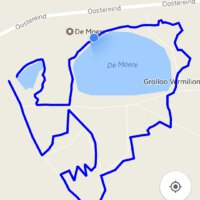 The Kleine Moere Cross in Grolloo is a running race along two puddles. You guessed it: the Little and the Big Nut.

It's an unpaved round of 4.4 kilometers. The youth runs 1 round, the adults 2 rounds. Last night's rain made the trail a big blubber mess in some places, but for myself I had chosen a nice dry spot.

A place that was chosen in advance using Google Maps. The organization had prepared everything well. Times, location, further information, direction of walking and even the round to be run were digitally announced. So I was able to download the route as a file and add it in Google Maps.

Together with the satellite images I came to the final choice; riders i could see coming from a distance, the sun angled in the back and in the background a large puddle, so that the connection of the Kleine Moere Cross was completely complete. 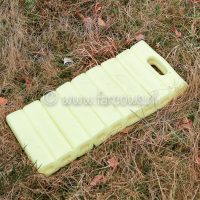 Thanks to the traffic controller present, I was led to a parking lot. Not the place I envisioned to park, but i didn't care much about that in terms of distance. In addition, the other side appeared to be full of cars. Bag on my back, folding bike out and the road I continued. In the absence of an audience on this piece, I checked via the smartphone whether I had actually taken a seat along the course. That was hard to miss.

Preparations on the ground

All in all, I was present half an hour in advance. So I was able to prepare and have a drink. Once the race starts, I won't have time for that. After a final check of the exposure, my new combination was ready: the "new" Canon 7D, the first big test for my Canon 24-75 F2.8 and a fast 128GB card that was with the 7D. Especially the latter is very useful. I don't have to change tickets during the game.

Because of the weather, I'm not wearing orange ski pants this time. It's not cold, the sun rarely shows itself because of the grey cloud mass present, I've even felt some drops twice, but both I and the equipment can handle that. That's been a conscious choice. To get home without green spots in my jeans, I take a seat on the knee cushion. Soon the first runners appear and the first pictures are shot, the Little Moere Cross has also started for me! 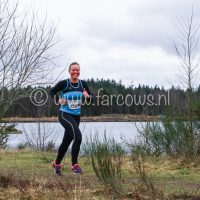 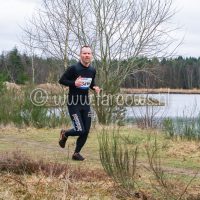 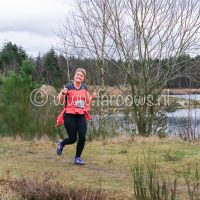 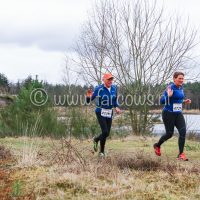 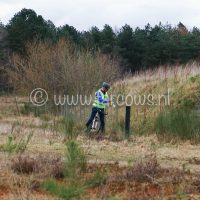 Behind the last participants, someone rides a mountain bike that removes the ribbons of the trail. I can pack the stuff and get back to Assen. Another photographer who has been a long way away comes along and we have a chat. I've hit him before, and it won't be long before we both find out. He's also been to the Bare Dunes. To hear the subjects he photographs, we will probably meet more often. He's been doing it for a long time and i'm not surprised when I see his pictures online early in the evening. A few hours later, mine is also online. Wondering?